What ball-tampering and other scandals tell us about corporate culture 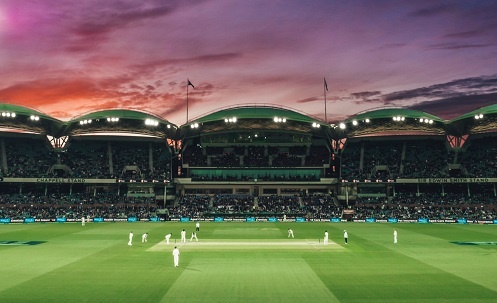 It seems to me that way too often, some large-scale scandal or another is splashed across the headlines.  Whether it’s famous sports figures failing drug tests, trusted corporations being caught red-handed cheating the system or our personal data being ’taken, analysed and used’ in ways we never granted permission for… it’s everywhere and it’s got me thinking!

The most recent outrage that comes to mind is the Australian cricket team’s ball-tampering blunder… oh dear!  Despite my being Greek Australian, I must say that cricket has never really been my thing.  However, living so far away from home I have always kept a close eye on what both my homelands have been up to in the world of current affairs; needless to say, I’ve been a busy girl!

Whenever I’ve been questioned about Grexit or Greek politics, it’s been all too easy to revert to, “I’m Australian… no association here!” and likewise throughout tragic Australian Ashes performances in the past, my comeback of, “I’m Greek, don’t know what you are talking about!” has served me well!  It’s been a harmless, fun game I’ve played with people over the years.  However this latest drama has reinforced a few home truths that I will explore further below.

In the meantime, if you would  like a free culture assessment - whether for reassuring peace of mind or because you know you need to set a culture change in motion - please click below:

Vulnerability in a leader is a rare sight!

Watching the first press conference with Steve Smith and Cameron Bancroft, I was struck by their vulnerability and openness.  They were like stunned deer in headlights and I was curious about the instant empathy I felt for them, even though there was no denying their behaviour was shameful, inexcusable and embarrassing by association!  As has been widely publicised since, subsequent interviews showed the same if not stronger displays of emotion and remorse (in my opinion it got a little strange when it came to the vice-captain David Warner’s interview… I wasn’t too sure about that one!).

After studying mine and other people’s responses to these press conferences, I realised what felt odd was… well…  it was new!  That level of vulnerability and sincerity felt foreign.   As we know, this type of scandal wasn’t the first, and most likely won’t be the last to hit our headlines.  Prominent government figures (think Nixon), corporate heads (Mark Zuckerberg, Rupert Murdoch and Fred Goodwin to name a few) and leading sports figures (such as Ben Johnson and Lance Armstrong) have been caught displaying questionable behaviour throughout history.  However – and please do correct me if I’m wrong -  I don’t seem to recall such an honest reaction from any of them.

What I have noticed instead is that the typical line of defence in these circumstances is usually denial, attack, or at the very best a cold and insincere apology. I don’t know about you, but for me - as a customer, citizen, sports fan and/or employee - this kind of response just serves to galvanize my distrust and animosity.  I have a feeling their teams, families and wider communities may feel somewhat similar.

The unequivocal truth is that mistakes happen, they are a part of human nature, after all.  However, why is it that leaders shy away from showing such vulnerability and honesty?  Why is it so rare to witness genuine remorse and emotion even though it’s this exact response that will more likely elicit forgiveness, empathy and understanding.  This feels like a hugely important evolution to future leadership. 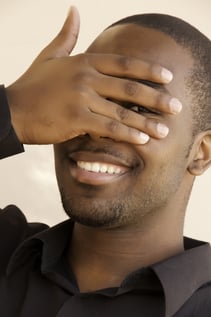 Culture as the alpha and omega

It never ceases to amaze me how often leaders and organisations wax lyrical about the importance of and need for a strong corporate culture, yet when it’s time to take action to achieve a culture transformation they are too ‘busy’ with other priorities.

What we have witnessed with the Australian cricket team - which is so prevalent in many other famous scandals - is the culmination of numerous and consistent day-to-day decisions to turn a blind eye to the ‘culture alarms’ ringing throughout the organisation, which may begin as a soft chime but end up being a deafening cacophony.  If you’d like to learn more about what culture alarms look like check out my blog ’10 signs your culture is a blocker’.

The fascinating thing here is that, over time, this ’noise’ becomes silent to those around it, yet is shrill and loud to newcomers or those watching from the sidelines.  A bit like how dog whistles are only audible to certain animals but not humans.  That’s why new employees are such a great source of truth about your organisation’s culture!

As a leader, becoming deaf to your organisation’s rhythm is very dangerous.  Unfortunately it often takes a massive knock to the side of the head - a ball-tampering scandal, an accounting fraud, a failed drug test or a data breach - to make the sound audible again and bring it front and centre.  By this stage, though, it is likely too late in most instances.

The post mortem tends to reveal that there was a building sense of unease or a nagging feeling that things were not quite right for a while.  When pressed, people can usually describe moments where they witnessed questionable behaviour or circumstances that spelled danger.  If they are completely honest with themselves, leaders start to connect the dots and identify many decisions they made to ‘ignore’ such behaviour as it was ‘just the way things are done around here’.  There are any number of reasons why people don’t take action including: 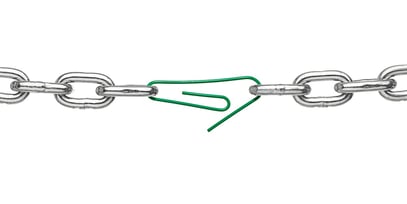 Inevitably, the result of inaction is far worse than what was feared to begin with.  As the Australian captain said, "If only I’d stopped to think about the impact my decision would have on those around me.”  As leaders, we have a choice and a responsibility to make wise decisions daily.  Decisions that serve the greater and longer-term sustainability of ourselves, our teams, our organisations and ultimately our society.  We set the tone and the parameters of what’s acceptable and what is not.  It’s a tough job but somebody’s got to do it!

I think it’s safe to say that the consequence of drowning out the culture alarms is too large a risk to take!  So, in this very public, embarrassing and humiliating scandal, it seems there is a lot to take away and mull over; both how to and how not to behave!

It's time to work on your company culture... but now what?

We are a people specialist with a passion for and expertise in: Culture Transformation, Employee Experience and Engagement, Change Leadership and Performance Coaching.